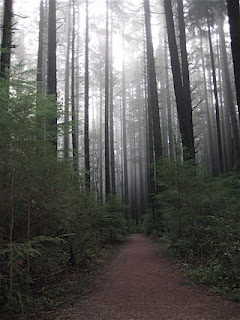 Big ‘ol overachieving running nerd! Most of us have to work our glutes off to keep up our running routines, and this dude’s complaining about his 7-day “vacation” from it. Which I suppose is why he’s an editor of a little magazine called Runner’s World and I’m not. But hmm … I guess if I had scenery like << that << to run around in, I might complain just a bit about the absence, too.

Pout time. Here’s the sad happenings since my last post: My body has been amazingly immobile this holiday season. Well, except for my hardworking mouth, which has done nothing but masticate gluten-free-crust pumpkin pie smothered in Cool Whip, chocolate-covered peanut butter balls and other epicurean badness for the past 30 days. I’m also still nursing bitterness at myself for missing the registration deadline for my first trail race (trained for it and everything!); then missing the registration deadline for my second choice, the White Rock half marathon. I did the Turkey Trot 8 mile, woo, but my time was so bluhhhh that I don’t want to talk about it. At the beginning of December I got the sick that’s going around, and I took a full two weeks to recover. Still sucking on cough drops as I type. It doesn’t take much to knock me off a routine of any sort, and running took the back seat for a long winter’s nap. So my lil “vacation” from running has been a good four times longer than Mr. Running Man from the RW post above. Am I going to change this? Sure. But it’s not quite New Year’s yet. And there’s still pie left in the fridge. 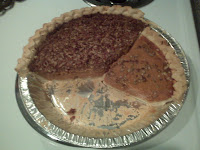 On the productive front: The story referenced in the Q&A post below comes out Jan. 12. It’s a mini beginner’s guide to picking a gym, making goals and sticking with them. Three related pieces. The second and third of which I should be working on now instead of blog-pouting. Oh well.