A roundup of the stuff that keeps me running. 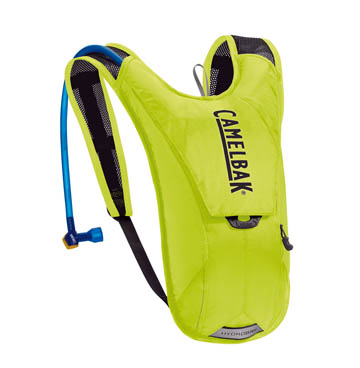 • I’m so behind on the CamelBak thing, but I just got my first one a few weeks ago! Excited. I’ve always wanted one, but the $60-ish price tag has kept me at bay, plus I don’t do as much trail running as I’d like, which is where I could see myself needing it most. My husband’s aunt’s husband Mark, a cyclist, heard my desire for a CamelBak at a family gathering recently and disappeared into the garage. He emerged with one he bought his wife just before she shattered her collarbone in a biking accident a couple of years back. It still had the tags and everything, and it’s a mean, bright yellow. I love it as much as I thought I would. I do have some complaints: It took a while to get used to hearing and feeling slosh-slosh-slosh as I ran. But eventually, I did. Also, in this crazy heat, one of the ways I stay upright is by pouring water on my head from a water bottle. With the CambelBak sucker-hose, I haven’t found a way to make that happen. But there’s other gear for that.

• Speaking of hydration, my hand-held water bottle. It’s so old that it’s about to bite the dust, y’all. I’d buy another one, but I’m in a quandary: The CamelBak holds the amount of water I need on a run, and the hand-held doesn’t. But I have to have to have to be able to deliver water to my head, which my hand-held does. But I sure as heck am not going to carry both. I haven’t figured out my preference on that yet. 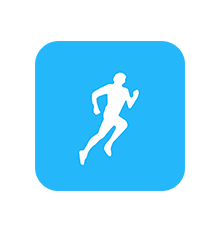 • The RunKeeper app for my iPhone is pretty awesome. I used to want a Garmin GPS watch and (as usual) shied away because of the price of the one I wanted. Since I often like listening to music and podcasts when I run, I have my iPhone with me anyway, and an iPhone has GPS. The app calculates everything I need: distance, elevation, calories. Tracks my runs, my progress. You can check out my RunKeeper profile here, if you want. The last web-based run tracker I used was MapMyRun.com, which in retrospect, blows. I had to literally, like, map my runs myself, plotting out exactly what my route was or was going to be on an embedded Google map, just to get my mileage. Maybe they’ve improved it by now, though, I don’t know. Now all I have to remember to do is press “Start” when I’m starting and “Stop” when I’m done.