• This is the first installment in my Places to Run roundup, which will be a resource for the best spots to run in Dallas, what those spots offer, how to get there, where to park, what to watch out for, and where to grab a Gatorade or emergency donut nearby.

(Here’s the map link, in case something wonky goes down with the above embed.)

A former Dallas Morning News editor once told me that his wife woke up one Saturday morning and declared, “I want us to run around White Rock Lake.” He replied, “Why would we want to do that?” She won, and that day they became runners and, eventually, marathoners. White Rock is where many Dallasites work out their dream of running their first half, and it’s where seasoned runners stay that way by conquering the loop again and again.

Location: About 6-ish miles northeast of downtown Dallas in Lakewood

Distance: Depending on which forks and particular meanderings you take, the loop can total up to 10 miles. 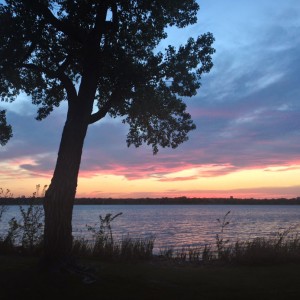 Where to park: Lots of spots, but here are my 4 favorites —

1. South side of the lake: The lot on Winsted off Garland Road, next to the spillway
2. South side: If you turn onto East Lawther Drive from Garland Road, just south of the Dallas Arboretum, you can park all along the lake’s edge or at various lots further north up Lawther.
3. Southeast side: Turn onto Emerald Isle Drive off Garland Road, just north of the Dallas Arboretum. That will lead you to a variety of parking spots, including Winfrey Point (and one of the most spectacular views in the city).
4. North side: I don’t park on the north side of the lake very often, but when I do, it’s at East Mockingbird Lane and West Lawther Road.

Terrain: There is plenty of green space, but you’ll be running almost exclusively on pavement. Few inclines. You could make use of isolated hills, like Winfrey Point‘s, if you need that.

Useful spots around the lake: