Last Thursday evening’s 12-mile run turned into a 10.73-mile bonk-fest, with my husband picking me up early in the Chip’s Old Fashioned Hamburgers parking lot on Lovers. I partly blame the city of Dallas, but I mostly blame my own amateur-hour mistakes.

I’d love for you to learn from my lack of planning that led up to last week’s super-bad marathon training long run. But first I’m going to rag on North Dallas urban planning first.

Thanks a lot, nice Dallas neighborhood with no sidewalks 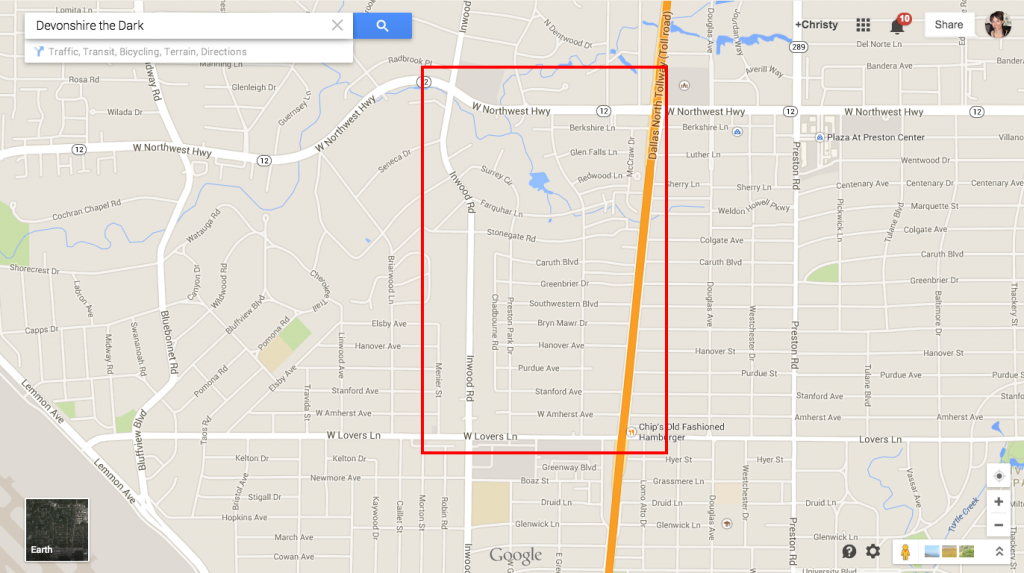 The neighborhood in question.

I previously wrote about how evening runners like myself run into darkness issues as summer gets closer to fall. That happened last Thursday. As I ran through the Devonshire neighborhood off Inwood, I marveled at the beautiful homes and the generally rich milieu. I hadn’t encountered that particular ‘hood before, and I loved it. There was something different about it. I checked my Redfin app to get a gauge on home prices in the area (breaking: they’re slightly out of my price range).

I was enjoying myself. As it grew dark, I was even charmed by how dark as ink everything got. These people don’t believe in street lights. Then, like black magic, sidewalks began to disappear. No light, no sidewalk. Sometimes when it gets dark, I’ll turn my iPhone’s flashlight on to light my way, but I was almost out of battery (I started out with 100%, so battery life is something I need to figure out for the rest of my training).

At least the street was in great condition: level and smooth as butter. I can do this OH MY GOSH WAS THAT A POTHOLE THAT ALMOST SWALLOWED MY ANKLE?

I approached Northwest Highway and turned east. It was going to be my last stretch. Northwest Highway is a major thoroughfare; since when does Northwest Highway not have sidewalks? If I turned around, I’d have to repeat at least 2 miles, and I was seriously almost out of battery. I had already texted Brian to meet me at a certain spot.

While in the dark, jiggity-jogging and high-stepping on the grass and along guardrails, trying not to turn a foot or tear an ACL, that was it: I rammed my foot on a jacked-up bit of concrete sticking out of the ground, and I almost lost my life to eastbound Northwest Highway traffic. I walked until I reached a residential street with a sidewalk, and carefully at that.

Why are there major areas of a large “world class” city that simply don’t accommodate pedestrians? In 2014?

I wasn’t going to make the original destination point at the time I told Brian to pick me up. With the last phone juice I had, I texted him to meet me at Chip’s in 15 minutes. Not only was I in the dark and trying to Lewis-and-Clark my way alongside nighttime traffic, I was seriously, seriously drained.

Keeping yourself safe from both injury and night-cloaked crime is no joke when running the streets as summer gives way to shorter days. Take care out there, and plan well.