Drinking fluids adequately and consistently has been a running game-changer

Not experience. Not a new running bra. Not meth. The reason I’m running better now than I ever have is because I’ve finally learned to hydrate — and like it.

I’ve changed my water-drinking ways, and I’m certain that is what’s fueling my newfound energy during runs. I don’t have numbers or intake formulas (or a clinical certification, FYI), but here’s my water story. 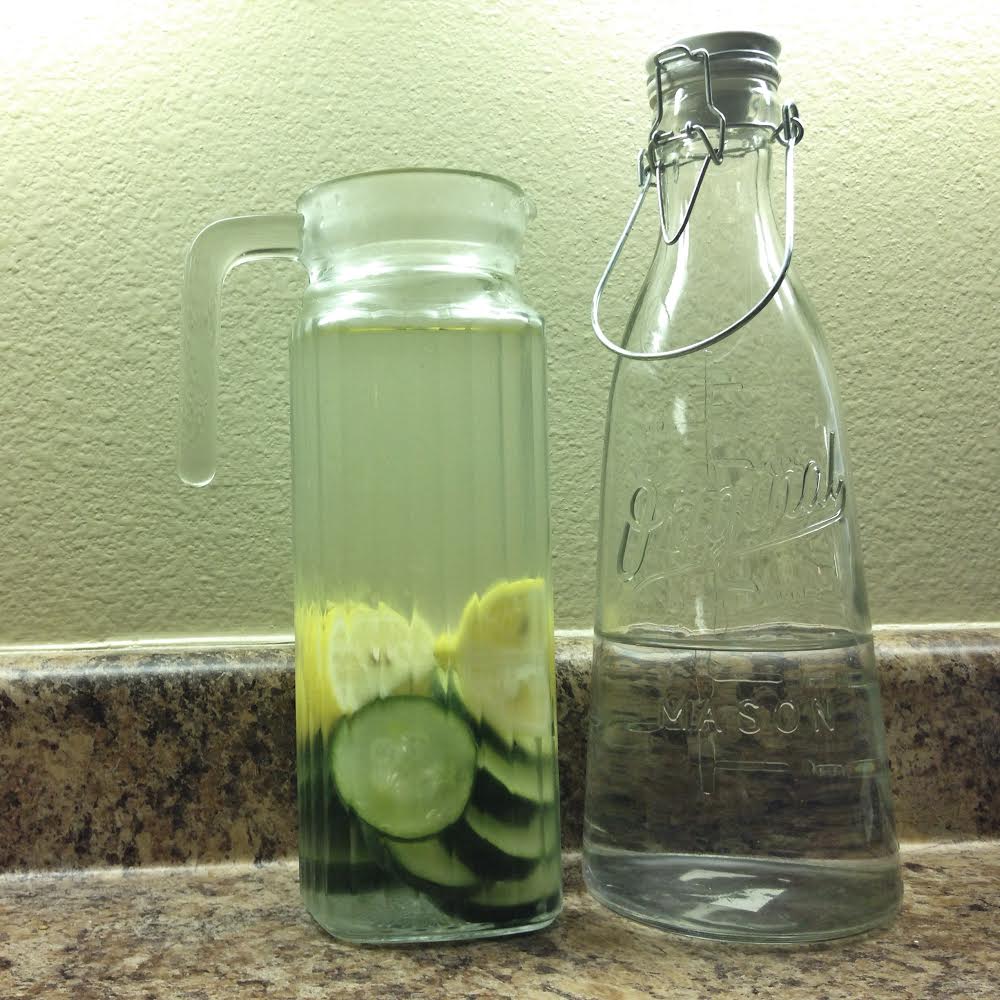 I have always haaaaaated drinking water. Hate it-hate it. Only when I was well over the line of thirst would I ever actually welcome any water into my mouth. Not just water; drinking anything has always been secondary for me. I could go an entire meal and not sip one drink of anything. If I ever needed to fall asleep, I would simply imagine a glass of water from the faucet. Instant zzz’s.

When training for races, or just willy-nilly running in the Dallas heat, you kind of have to drink water. For past training runs, I’d bring a hand-held bottle or Camelbak of iced tap water, sometimes with a Nuun tablet. I’d drink — during my runs. I passively declared hydrating during a run, and whatever incidental water from fruit, my morning coffee, etc., to be enough. I never gave a second thought to hydration IRL.

Fast forward to this bout of training, for my first marathon. When I started on April 8, I was starting back up after the longest break  that I’d taken in a long time (besides one-off quick runs here and there). More than a year. I really feeling like I was at a deficit, and hot weather was already rearing its head. I felt behind, like a newbie. Maybe it was desperation, but I was ready to reassess my approach and find any sort of edge to help me feel in control of my performance. I didn’t know what that edge was yet, but I was open.

My husband is working on his kinesiology degree, and one day he mentioned a class discussion that I had never thought much about: Hydration around the clock, especially in the preceding days, is one of the most important aspects to a successful run. It just clicked.

Figuring out a solution

I had finally ID’d a big, missing component in my running. But the solution couldn’t be simply “drink more water.” Knowing that I needed to hydrate all day didn’t mean I’d magically like it. But I had to find a way to give this new discipline a chance to take root. To succeed, I was going to have to find a way to like the thing I hated.

This used to be my insides.

I started with asking myself why I disliked water so badly in the first place. It ended up that it was really the taste and feel of tap water that I hated. I like bottled water just fine. Why? The water inside is purified and distilled. It’s got nice mouthfeel. But I’m too cheap to spring for a big dispenser/cooler, and I’m not going to continuously buy a gob of, like, 16 ounce bottles every time I go to the store. I wanted the nice-mouthfeel water, but I didn’t want to pay for it.

It dawned on me that if I boiled a bunch of water on the stove in a pot or tea kettle and let it cool, that might be the same thing. Right? Wouldn’t you know it — it sure was. That basically gave me actual, you know, water. Regular old God-made water. No metal or chemical taste. It felt soft in my mouth, not “rough.” I felt kind of stupid for just then realizing that that’s what boiling water does, but it was a significant revelation for me.

I also have a weird thing about putting hot water (especially just-boiled) into plastic. It just makes me feel like ingesting hot liquid steeped in plastic might make me wake up with three arms one day. But I needed receptacles to hold all this boiled H2O. I went to Home Goods and bought two medium-sized glass pitcher-bottle hybrids. After the water cooled, I poured it into one one of the pitchers. That’s the sealed pitcher I keep on the counter; I don’t like cold water unless I’m hot. This gives me a pitcher of fresh, easily-visible and accessible, room-temperature water.

In the past I had seen on recipes on Pinterest for, say, sticking sprigs of mint in your water, or star anise, or every imaginable combination of fruit, herb and even vegetables. Surely there’s a parody account somewhere that shows how to jazz up your water with twigs, leaves, an entire ham, cocaine. Anyway, the pictures of infused and detox waters were intriguing enough to file away in my brain’s “good to know” section, and now I was in need of that inspiration. I normally dislike lemon in my water — sour water, how delicious — but the pins that suggested pairing lemon and cucumber together always seemed right on. I sliced up a handful of both, put them into the other glass pitcher, and filled it up with the rest of the cooled, boiled water over it.

I had found my personal formula. I actually wanted these waters. The pure, fresh, no-fuss water on the counter and the bottle of chilled, lightly-infused water were the solutions to my hydration problem.

I can’t get enough of these waters. Now I just grab a glass of whichever one I’m in the mood for every time I wander into the kitchen. It took finding a way to actually like hydrating well every day to actually do it.

I only have my anecdotal experience to report. But I can guarantee you, now I only long-run bonk when I’ve hydrated poorly in the previous 24 to 48 hours. I’ve gotten lazy a few days here and there, and I can definitely tell a difference during runs that followed. I’ve gotten to where I can feel it deep in my skin and my muscles that my body isn’t hydrated. I never had anything to compare that feeling with before because I used to always live life in a constant state of lack. Parched was my body’s normal.

Nothing I discovered was earth-shattering. Drinking pure water, room temperature water, drinking infused water — the solutions were simple. But to arrive there, I first had to analyze why I hated doing this one thing that all runners really need to do. Finally beating my hate of water, even with just homemade workarounds, has felt like a minor breakthrough.