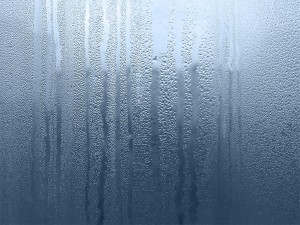 You might have heard about the freak amount of rain we’re getting in Dallas, along with the rest of Texas and Oklahoma. Lives have been lost, roads flooded. So I feel a little guilty for being concerned with how wet the air is, now that I’m running regularly again and trying to re-acclimatize.

I ran my first marathon in December. Had knee issues afterward. Took some time off. I’ve just now taken up an intermediate 5K plan. And all I can focus on is, wow, it’s really, really hard to breathe in this soup.

Average humidity in Dallas is over 70-ish%. I’m pretty sure it was more than that yesterday evening. While running at Lake Cliff Park, I was so thrilled to spot a disgusting water fountain with a mysterious scent.  I didn’t care. If the little bowl part had been big enough, I would have crawled right up in it and bathed.

I walked, then tried to run again. I bargained with myself. Just run from here to that street sign, then you can walk again. I flummoxed over to another sketchy fountain and rubbed palmfuls of water over my already-wet ears, face and neck.

The air was so heavy. My breathing was so heavy. It felt like I’d never done this before. The word “waterboarding” came to my mind … then I felt guilty, again (I know I know — as I should have).

Hyperbolic whining was setting in. I was losing perspective. It was beginning to feel like my body felt like overpacked luggage I was having to haul from one end of the airport to the other.

The softball field was flooded. Kids were kicking up wet, red dirt-water and having the time of their lives.

The wet air — and wet everything else — in Dallas is real.