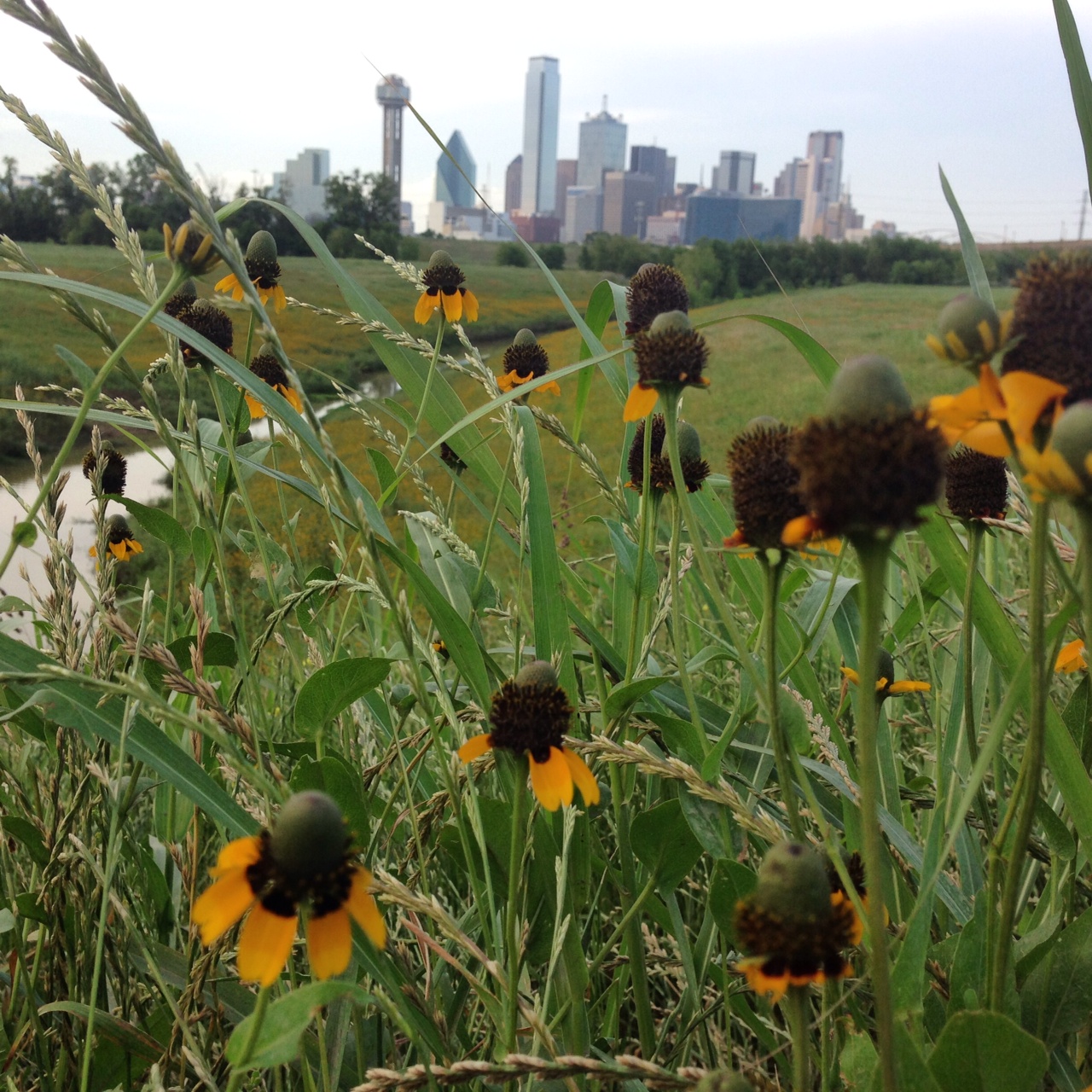 This part of the basin is south of where the events will take place. But still, isn’t she pretty?

In downtown Dallas, discussion of the Trinity River is the thing. You’re either for the city’s Corridor Project or hate the tollroad or love running the levee. Lots of focus, both fun and political.

I didn’t think I could love that basin any more, then I heard about the Trinity River Revel on June 15. It’s going to be a big ol’ day-long party and rolling ribbon cutting for four — four — new amenities to the area that make my runner’s bone tingle: the Continental Avenue Pedestrian Bridge, the Trinity Skyline Trail, the West Dallas Gateway Plaza, and the Sylvan Avenue Bridge.

The shindig will include a 5K (register here), a bunch of creative stuff for the kids, a gospel brunch, beer garden, a market, car show, food trucks, a driving range, and my personal favorite, a 1930s dance-off (with pros to teach you!). I also love this event because I learned something new just by visiting its website: there will also be a pachanga, which Trinity folks say is a “is a Tejano tradition, a festive party at which citizens socialize with politicians in a casual setting.”

It looks like organizers are encouraging everyone to take Uber, DART and bikes to get there (here’s the event’s map, parking, directions, bike rental info etc.). Parking is just … well, downtown Dallas is no downtown Fort Worth when it comes to parking. But there will be some. Maybe one day we’ll throw a party called Free Parking Palooza when that perennial problem is fixed.

The bad thing about the Revel? It’s on Father’s Day, so I won’t be able to make it. I’ll be following the fun on Instagram and Twitter, however (#trinityriverrevel, perhaps?).

Also interesting is this recent Dallas Morning News guest column about the city’s Trinity project. The writer, architect and former project supporter Larry Good, cites all the reasons I love the managed roughness the basin has grown into:
• After 10 years, I’ve dropped my support of the Trinity Tollway

This plane is packed with Dallas runners headed to the Boston Marathon. A lot of running shoes with fun-colored laces and marathon name-dropping t-shirts. And skinniness. Let the complex begin!

Ok, so I’ve already found the race I want to work toward. The Rockledge Rumble in November, the 15K leg. This would mean I actually need to hit the trails more often than I do. That’s nice I have a race, but I need a training plan for it. Hmm. It’ll be my first official trail running race, so I guess I better look into that.

Gah, I wish training on trails around here wasn’t all inconvenient and stuff. In this area anyway. There’s what, Cedar Hill State Park, Cedar Ridge Preserve. There’s Grapevine Lake, but as far as it is, I might as well drive to Lake Texoma and train on Cross Timbers. What else am I missing? I guess I could just check the North Texas Trail Runners Association website. Whatever, it’s bedtime. The Rockledge is in Grapevine, so I might as well make the haul now and again to get more familiar with it.

I’ve been lusting for a run through the still-untamed Trinity River area of Dallas lately, though. It won’t be untamed for much longer, and I want to hit those dirt trails I see as I drive over it into downtown Dallas before it they start building cutesie boat launches and designer bridges and Segway-rental booths or whatever and it gets all Central Park-y. BUT … I’m a chick, and there are drunk homeless folk and highwaymen lurking AND MY BIG STRONG FIANCE WON’T GO WITH ME. I’m about to just take me and my pepper spray on out there and cross my fingers while I run. If you see me running out there, please don’t rape me. Plzkthanks.

I just ran into a new blog. I don’t know the dude from beans, but I found it through clicking here and there from the NTTRA website. It’s like mine, except it’s fancier and he actually runs in gigantor-distance races. I also like that he has posts that say “well, didn’t do anything this week,” like me. Yay! There’s hope for me yet.